Good day to one and all, and my greeting goes to all my
people in the world of Orunmila saying Elaboru
Elaboye. Today our lecture will be take from holy odu
IFÀ OWONRIN SOGBE title: HOW DOG LOST HIS VOICE!!!
Enjoy the reading.
Iya Agan was the female head of the Masquerade
(Her name indicated a Chief of the Masquerade
society). There came a time when Iya Agan realized
that some people were after her power, wanting to
know her secret. She in her wisdom went to consult
with a Babalwo. During the divination, the Babalawo
saw that enemies were astonished by Iya Agan
might and power. They wondered where did she get
this power from? and so they sought to defeat her.
She was advised by Orunmila to do sacrifice so that
she would have victory over her enemies. She did as
she was told.
Meanwhile over the enemies camp, they had
employed a dog to go and spy on Iya Agan. During
these times the dog had voice like human beings. He
could speak and communicate. The enemies
instructed the dog to go and watch Iya Agbon, see
her secret and come back and reveal it to them. In
doing this, they were sure that they would be able to
defeat this woman who was too powerful. Dog took
on the work with pride and assured them that he
was the best spy who could do this job, and so he set
out to Iya Agbon’s place to spy on her. On his way
there he met (Eshu) who asked him where he
was going. Dog ( Aja in Yoruba) told him he was
going to spy on Iya Agbon so that he could know her
secret. Esu said, “Ok, that’s good, but eat this before
you go.” Dog (craven from mawnin) ate what Esu
gave to him. After eating, he then went to Iya
Agbon’s place where he saw her in her secret place
doing what she did to make her very powerful. He
was happy at what he saw and quickly went back to
the enemies camp to report on all that happenings.
When he got to the enemy’s place, they were all
happy to see him. Finally they could defeat this
woman. They took Dog inside and began to question
him.
Dog, welcome, said one of them. So tell us, what did you
see.
Dog replied. “Woof woof woof!”
The enemies looked at each other. “Come now! What
did you see? Did you see her power?”
Again, Dog said. “Woof woof woof!”
This was odd. Dog could not speak. He had lost his
voice.
The enemies continued to question him, beginning
to get angry. Yet still, Dog only continued to bark.
When Orunmila had told Iya Agan to do her
sacrifice, she did not hesitate, she did it right away.
In our tradition Esu is always served first, then the
other deities who are prescribed to be served will be.
They now go and face the problem on Iya Agan’s
(or the human being) behalf, hence Esu intercepting
dog on his CIA mission (lol). The food he ate was to
his detriment, unbeknownst to him at that time (Esu
is so powerful, just do not get on his wrong side)
Dog ate the food provided by Esu on his way to spy.
To this day, as wise as Dog is, he can never speak
again. He is the only one to know Iya Agan’s secret...
But he can never tell!!! That was how dog lost his voice.
Dear reader what lesson can you learn in this topic,
drop what you learn in the comment.
ABORU! ABOYE!! ABOSISE!!! 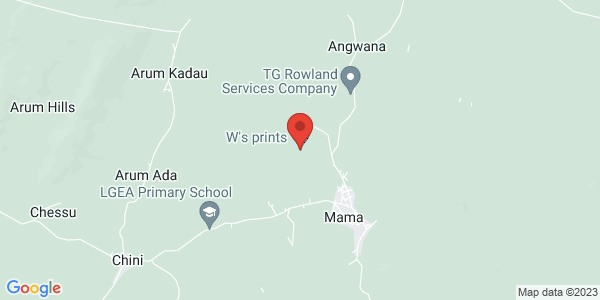