DEAR BLACK PEOPLE, WE ARE MAKING HISTORY AND I NEED YOUR ATTENTION!

This story needs to be elevated! We asked for it and now we have one and we will show others how to do it in their communities as well.A studio that takes care of its people. Imagine that. 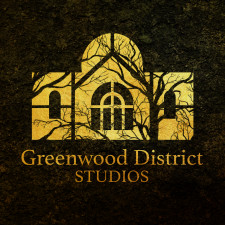 LANSING, Mich., November 17, 2020 (Newswire.com) - Local resident and national touring stand-up comedian (youtube.com/watch?v=T20nmw4H0uYfeature=youtu.be), triple Telly Award-winning Filmmaker/Writer/Actor/Director, Amaru has been inspired and encouraged by the world's chaos to find a solution. A solution that creates jobs and economic development within underserved and underrepresented communities and saves his career at the same time.

The industry will make a comeback because, as humans, and especially artists, always adapt. The industry is changing in real-time, including becoming more diverse and more inclusive. Amaru and his team, partnering with a local community organization for the youth called, The Fledge, bring over 100 years of entertainment experience combined, to bring Lansing, Michigan, its first black-owned, state-of-the-art movie studio with sound stages. The studio will also host a summer drive-in starting in the spring for 26 weeks. This studio will be modeled after Tyler Perry's studio bubble that he is successfully pulling off with no issues to date. With a little inspiration from an old boss Master P. and Tyler Perry, Amaru decided to put words into action. A GoFundMe campaign https://gf.me/u/ynp8js and many phone calls later, here they are.

Why Greenwood District Studios? The Greenwood District, located in Tulsa, Oklahoma, was burned to the ground in 1921 in an area once coined Black Wall Street. Our studio name is dedicated to the lives lost in this massacre. They decided to create a new company, the name seemed to be fitting and gave the studio's existence even more purpose and meaning. They will dedicate the theaters after the businesses that were burned down in the almost forgotten, tragic event. A film by the same name will be produced at the studio. They will build a Black Wall Street replica of the businesses that populated the strip of black excellence in 1921. This will be a tourist attraction for Michigan.

The location at 921 Mall Drive West in Lansing, Michigan, will be converted into the studio and drive-in over a 24 month period. The renovation of the 24,000 plus square foot facility will begin in late 2020. It will become a full production studio lot by end of 2022. They have just completed phase two, getting the property. It will be the largest dedicated movie and television production studio in Michigan.

How does the community benefit? The studio supports the community with direct community upgrades and up-keeps. Data from various film offices showed the rise in filming and commercial production had boosted local spending and job creation, while increasing commerce for local businesses, hotels, office and warehouse leasing, vehicle and equipment leasing and local tax revenues.

"Greenwood District Studios will show the industry what inclusion looks like!"

Are you sure you want to delete this tier?

Are you sure you want to delete this address?

You are about to purchase the items, do you want to proceed?